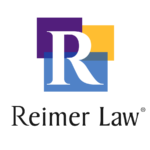 On March 27, 2020, in response to the Pandemic, the Ohio Supreme Court put on an Order which tolled the time within which parties in civil matters, including foreclosure actions, would have to answer or otherwise respond to pleading or previously set deadlines.  Effectively, what this did was to allow new cases to continue to be filed, but not moved forward beyond that.  The order did not, however, have an effect on cases post-judgment.

Simultaneously, most Ohio Courts, further, put on their own orders preventing sales to be ordered or evictions to proceed.  When coupled with CARES Act and other servicer backed moratoriums, all foreclosure matters have more or less been shut down.

On May 15, 2020, the Ohio Supreme Court, extended the tolling order which is now set to expire on July 30, 2020, or the end of the Emergency as declared by the Governor of Ohio, whichever is sooner.   The local Courts have the authority to disregard this order if they so choose, but many are continuing to abide by it which again, has essentially shut down the forward progress of most foreclosure cases.  The practical impact has been de-minimis due to the extension of the national moratoriums by HUD, USDA, VA, Fannie and Freddie through the end of June.  The States busiest docket, Cuyahoga County, is starting to set hearings on some matters, but these will not be heard until the end of June.

With very few exceptions, all Courts are allowing Vacant and Abandoned properties, when made aware, to move forward including ordering of sales.  It is important to immediately notify your law firm partners when occupancy status changes, so that the appropriate motions can be made with the Court and the cases moved forward whenever possible.

Hello Solutions creates relationships in the default servicing industry based on integrity, operational excellence, and customer centricity. We proactively identify the best legal help for default servicers and investors so they are able to achieve faster performance, scale operations and eliminate the challenges that prevent them from expanding and increasing market share.